Galahan Oathkeeper is a Turami, who are by definition taller and more muscular than most humans. He stands around 6'4, has rough stubble, dark eyes, and long curly black hair which falls around his shoulders.

Galahan's family was killed in a bandit raid when he was just a boy. Shortly after, Galahan was found and raised by a wandering Paladin. Whilst his mentor was lawful and righteous and taught him such, she met a terrible end before his very eyes.

Stricken by grief he renounced her god, his name and swore an Oath of Vengeance. Now, Galahan Oathkeeper wanders the land, eradicating the blight of evil doers. Often working as a Bounty Hunter for coin, his trade has brought him to the inn of Viriskali.

He traveled with Captain Koke, Shialbaz, and Darius to the south of the barrows, where they encountered the ancient Serpents of Woe. Through his understanding of the Draconic language Galahan boldly approached the giant Serpent of Grief seeking the power to destroy his enemies. He was presented with the Tooth of Grief, a giant magical lance resembling a tooth of the beast. The group encountered further trials in the form of Giant Spiders and defeated the Bandit Leader Anod and his men (Episode 11).

Helped slay the Grell in the Dwarven mine at Cheaminster Hold (Episode 22).

Helped defeat the wizard Farhan and his minions (Episode 24).

I f***ing hate Bandits!
I'm gonna take a piss.
Be sure to tell your sister we didn't do anythin'.
Get out here NOW!
When I pull it out it's ten feet long...
It's either gonna be a rat or it's gonna be a monkey. 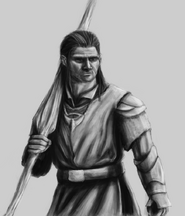 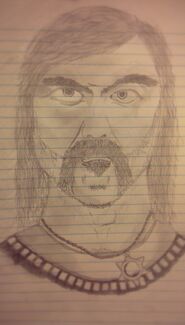 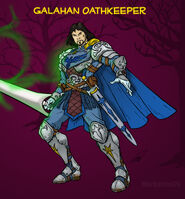 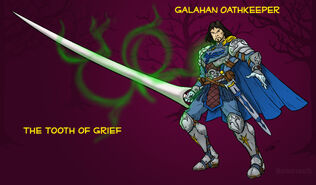 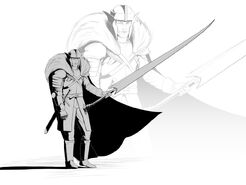 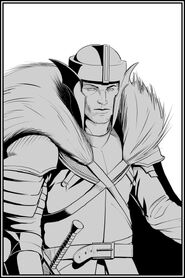 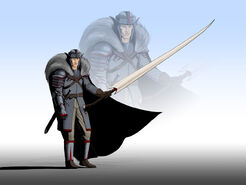 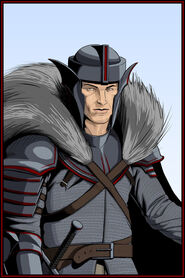 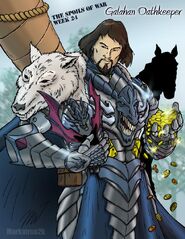 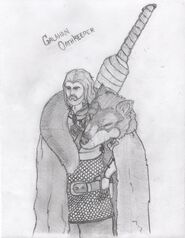 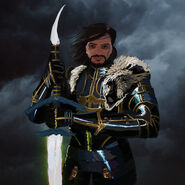